This really isn’t my recipe. It just might be my favorite cake though. Our mum passed a couple of years back and she really loved to make it, so maybe there’s a bit of nostalgia mixed in there, but… anyway. Me and my brother Olov especially love this cake. And you know, he had a food blog called “Falsk Mat” (it’s in Swedish, I’ve linked to it before). And he also wanted to tell the world (more precisely Sweden) about this cake. But it’s not his cake either. He named it: “Mammas franska äppelkaka” (“Mum’s French Apple Cake“). Suck up much Olov? I kid. I really shouldn’t use such an arrogant tone as this is unquestionably yet another chapter in “posting recipes that Olov has already posted”.

So it’s our mum’s cake? Well, she did have a real good run when she made it on an at least semi-regular basis. But it’s not quite her cake either, though she did tweak it to become much better (suck up much… myself?).

It’s from the Swedish cook book “Vår kokbok” (“Our Cook Book”) or possibly “Annas mat” (“Anna’s Food”) where the cake is called “Hanna’s franska äppelkaka” (“Hanna’s French Apple Cake”). So it’s a French apple cake out of a Swedish cook book from a time in which I really don’t think Sweden had other food cultures quite nailed down. I’m not sure if it’s really that French is what I’m trying to say.

To us though, it really is our mum’s cake. At first, I wasn’t completely sure if I remembered what she changed, but I had a feeling she primarily upped the batter to apples ratio. I spoke to Olov about it and said that I kind of remember something about mum liking the batter a lot and that she might have increased it in the recipe. He said…

“oh yes, she really loved the batter. I remember her saying, about the amounts in the recipe from the cook book ‘It has to be a mistake…‘”

….which I had completely forgotten but jolted me back to hearing her say it, which was really lovely.

Then I spoke with my dad, who sent me the recipe from the cook book in which mum had made notes about increasing the batter (+50%). Well… she adjusted it further upwards since, to almost +200%! Aaaaand I’ll be honest… when I did it from a recipe that mum jotted down for Olov, I actually thought “It has to be a mistake…” because there was sooo much batter. I guess we’ve come full circle 🙂 So, you know, dial it back by a third if you like, but be sure to try mum’s maxed out version first!

I’m counting on that this mind blowing exposition has led you straight to the heart of the issue? We’ve ended up with a heck of a cake here. Combined with home made vanilla ice cream it’s downright dangerous.

Do it right away and never look back. And hey, if it goes well: why not dedicate it to a parent? 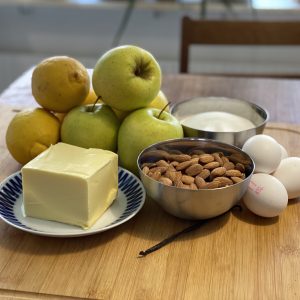 Let it cool down for at least 20-30 minutes before serving. If it’s at all hot when serving it’s gonna look more like this… 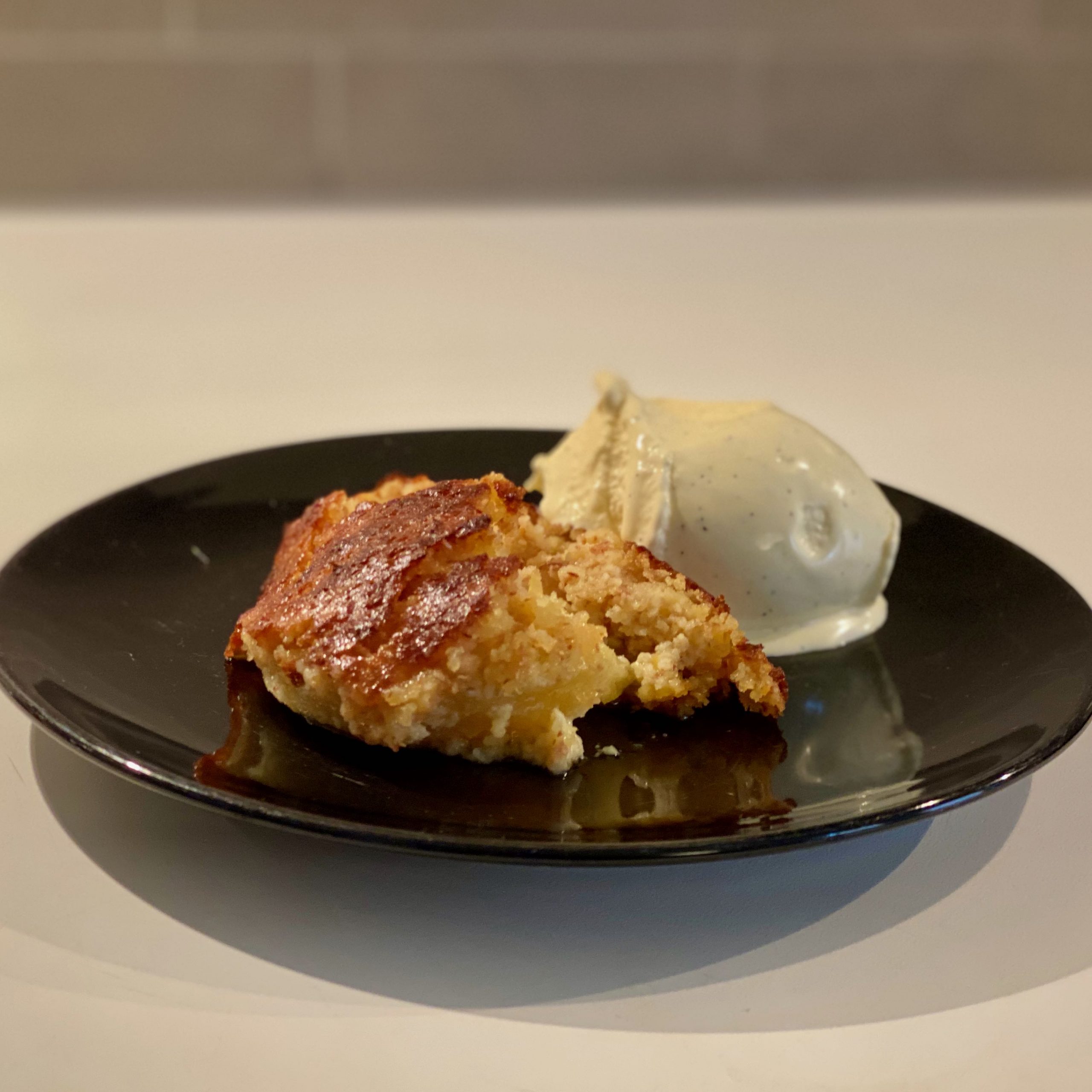 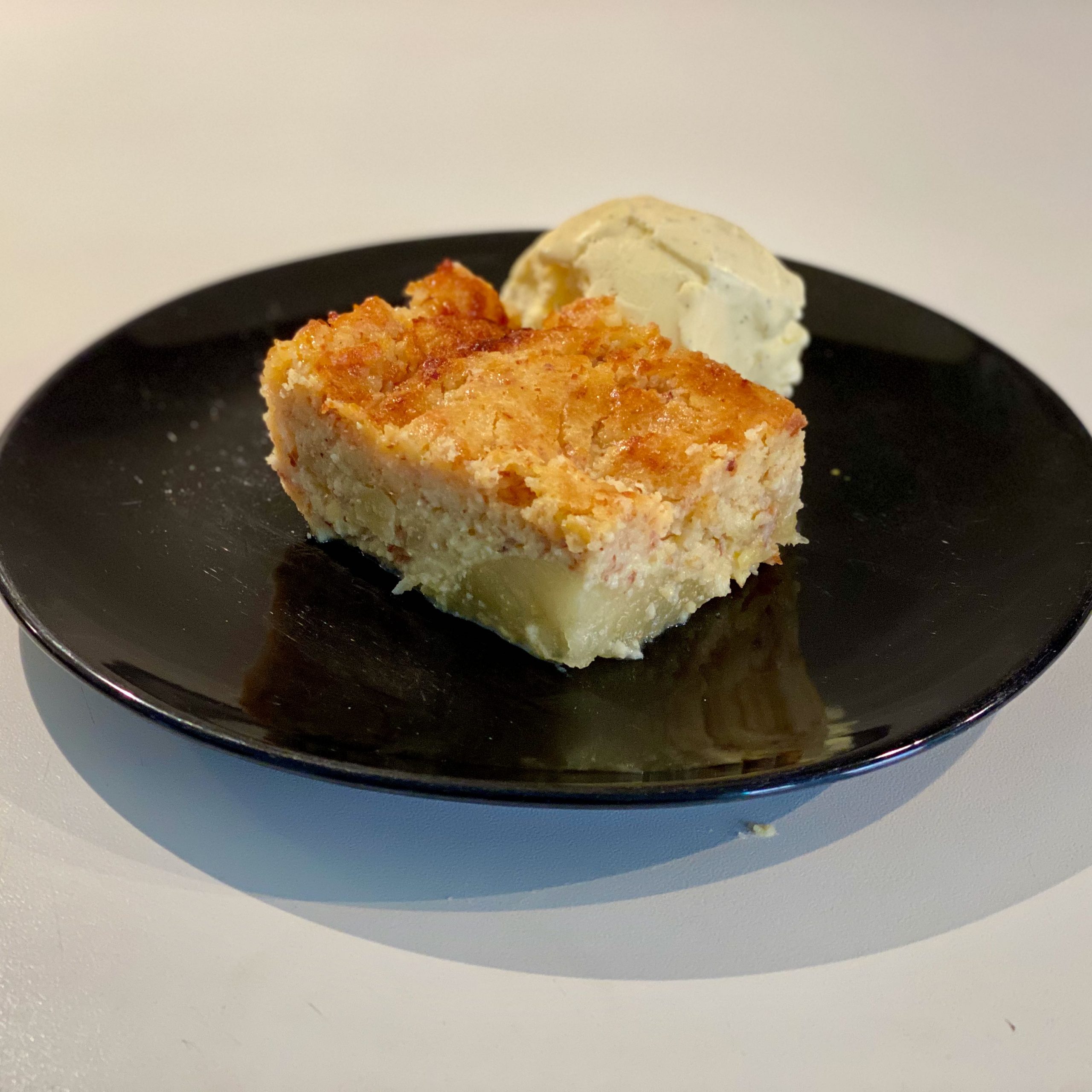 …in which the cake has had time to set (in the fridge no less). Just fyi.

I’m not recommending you to it it cold mind you. I’m just preparing you for the reality with regard to the esthetics. When I sent the first picture (in which it’s more of a “pile” than a “piece” of cake) to Danilo for illustration he just replied: “I can’t illustrate that, it’s just a blob”. So, you know… it’s not a beautiful cake is all I’m saying.

Oh, and by the way, this is my mothers original recipe flaunting her rather insane hand writing. 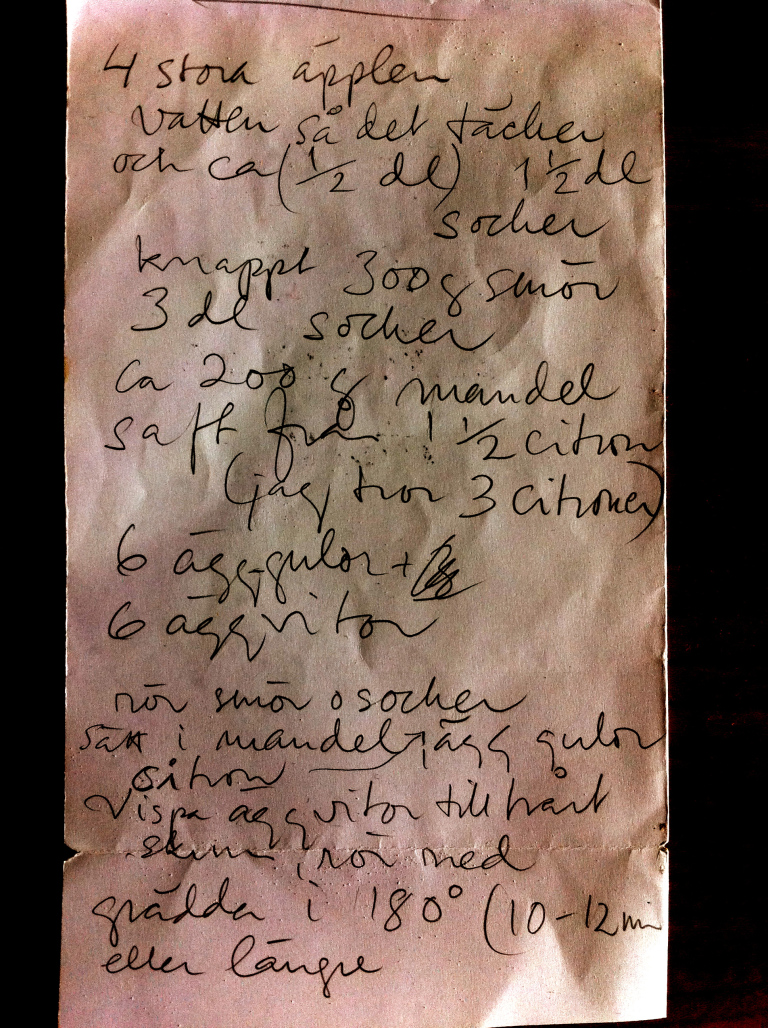